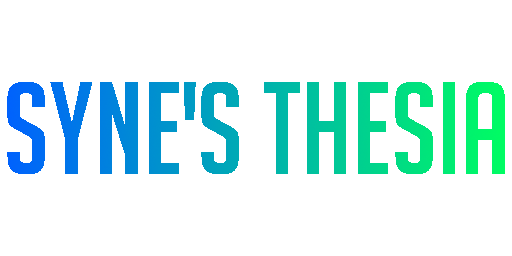 Syne's Thesia is an external edit of ElvUI based on the original Syne's Edit of TukUI.

Most of these are from Syne's Edit and few of them are my own edits.

I liked the idea of fast and easy layout changes with slash-command and pre-hardcoded settings, but I still wanted for the user to have almost full control over the UI. My solution to this was this feature where you can set your own edits to the UI and on layout change Syne's Thesia will evaluate your changes for the selected layout after applying the hardcoded changes first.

The feature consists of two editboxes, one for Tank/DPS-layout and the other for Healer-layout, under the Syne's Thesia -section of ElvUI-config where you can paste your own personalised settings. I know this feature sounds pretty advanced compared to the primitive implementation and isn't exactly newbie-friendly, but I assumed most of the users of the external edits either have some knowledge and understanding how this works or don't care about this feature.

1. First edit the group unit frames to your liking through UnitFrames-section under ElvUI-config.
2. Export your profile in "Plugin"-format (Profiles-section under ElvUI-config) and find the settings you changed and discard the rest.
3. Paste the changes into the right layout's editbox. If the changes doesn't validate, there is most likely an error, typo or missing character in your paste.
4. If you want to position the frames, you can use the SY:SetMoverPosition()-function with the frames Mover.
- Use it like :SetPoint()-method with Mover's global name added as first argument.
5. If the changes validates, reapply the layout with slash-command to confirm the wanted results.
6. Repeat from the beginning if needed.

N.B.: Remember, the layout changes only affects parts of the Party, Raid, Raid-40 and Raid Pet unit frames settings of the UI. All other changes you made to the UI with ElvUI-config won't be touched when changing layouts and can be omitted!

These are the issues I'm aware of, if you have any idea what causes them or how to fix them, don't hesitate to contact me!

This bug happens when you are in combat lockdown and receive first (opening a new chat-tab) whisper or BN-whisper from someone. The later whispers received from same user doesn't cause any additional errors, but any whispers from other users will cause the same error to fire for every first whisper.

This bug has probably something to do with improper API-calls inside the WoW Restricted Environment when setting up new chat-tab leading to a taint?

If you use the primary style for auras on unit frames, the UI reserves huge amount of screen space for debuffs pushing the aura bars really high if there are only few debuffs. In an ideal world the AddOn could collapse the empty rows of aura icon or having different aura styles for friendly and hostile targets making the aura bars come way down when all the lines aren't fully populated.

This was one of the reasons I created the alternative-style, but it has its limitations on how many buffs it can show which is a shame when targeting friendly target. 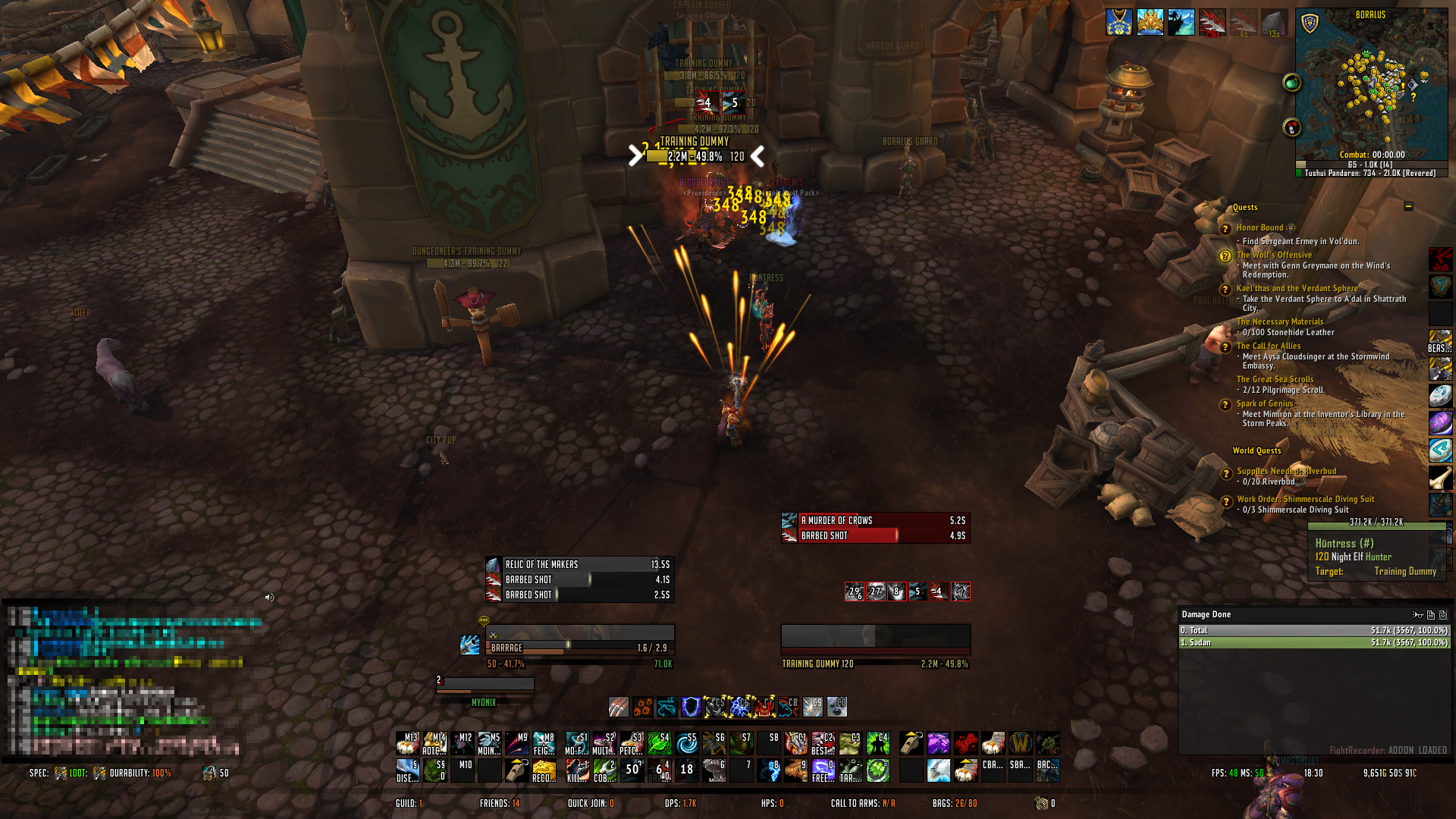 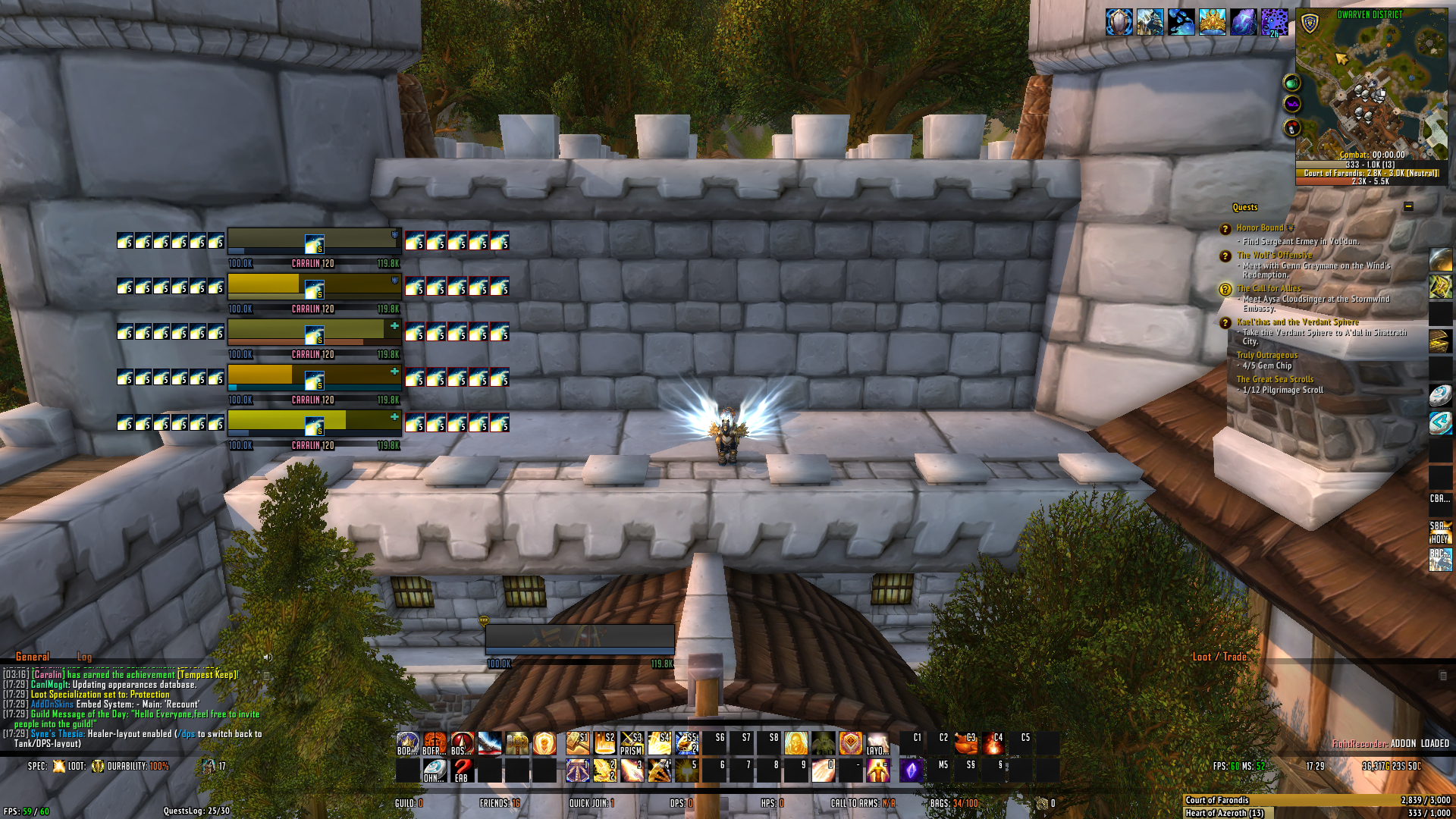 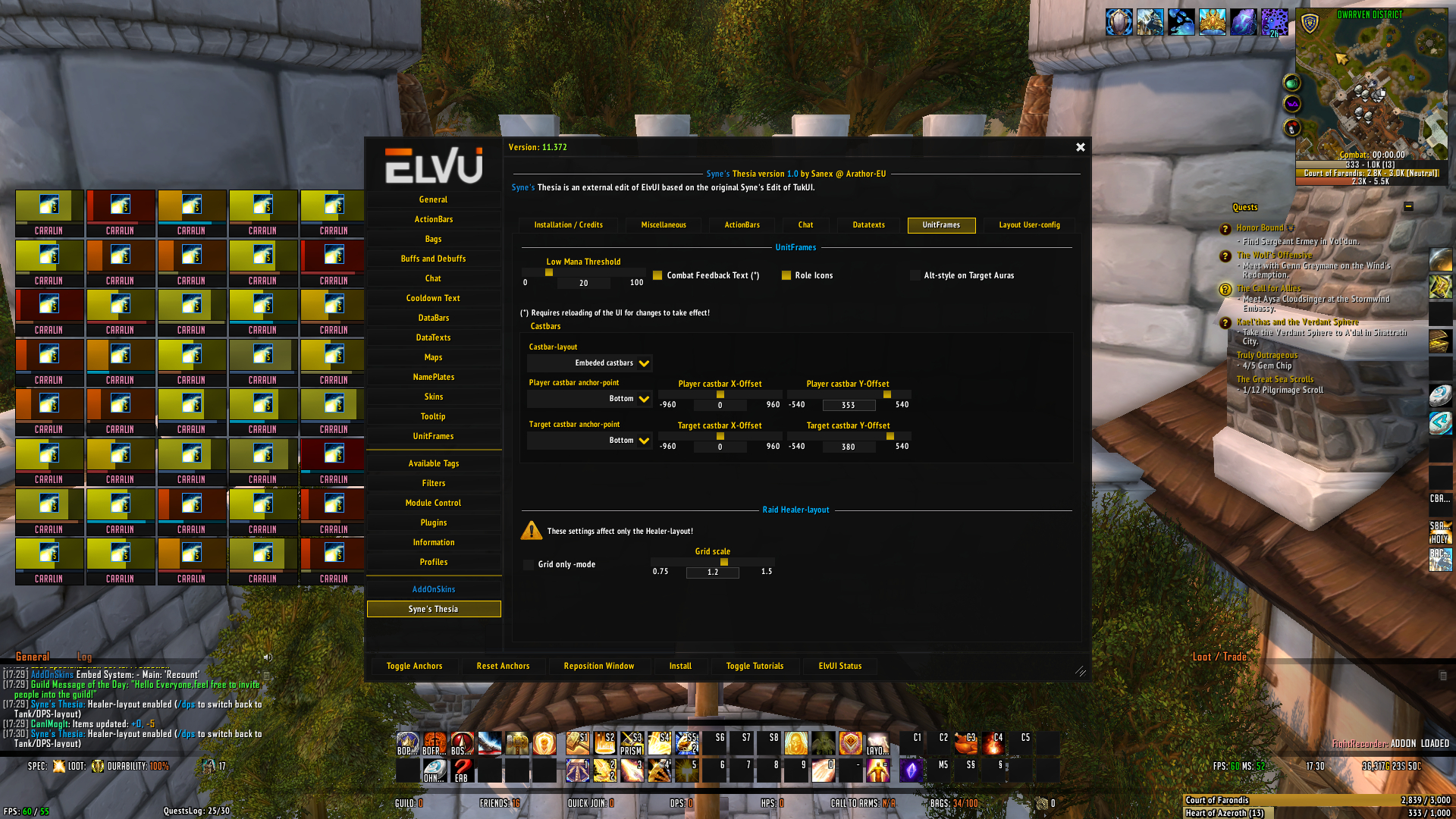 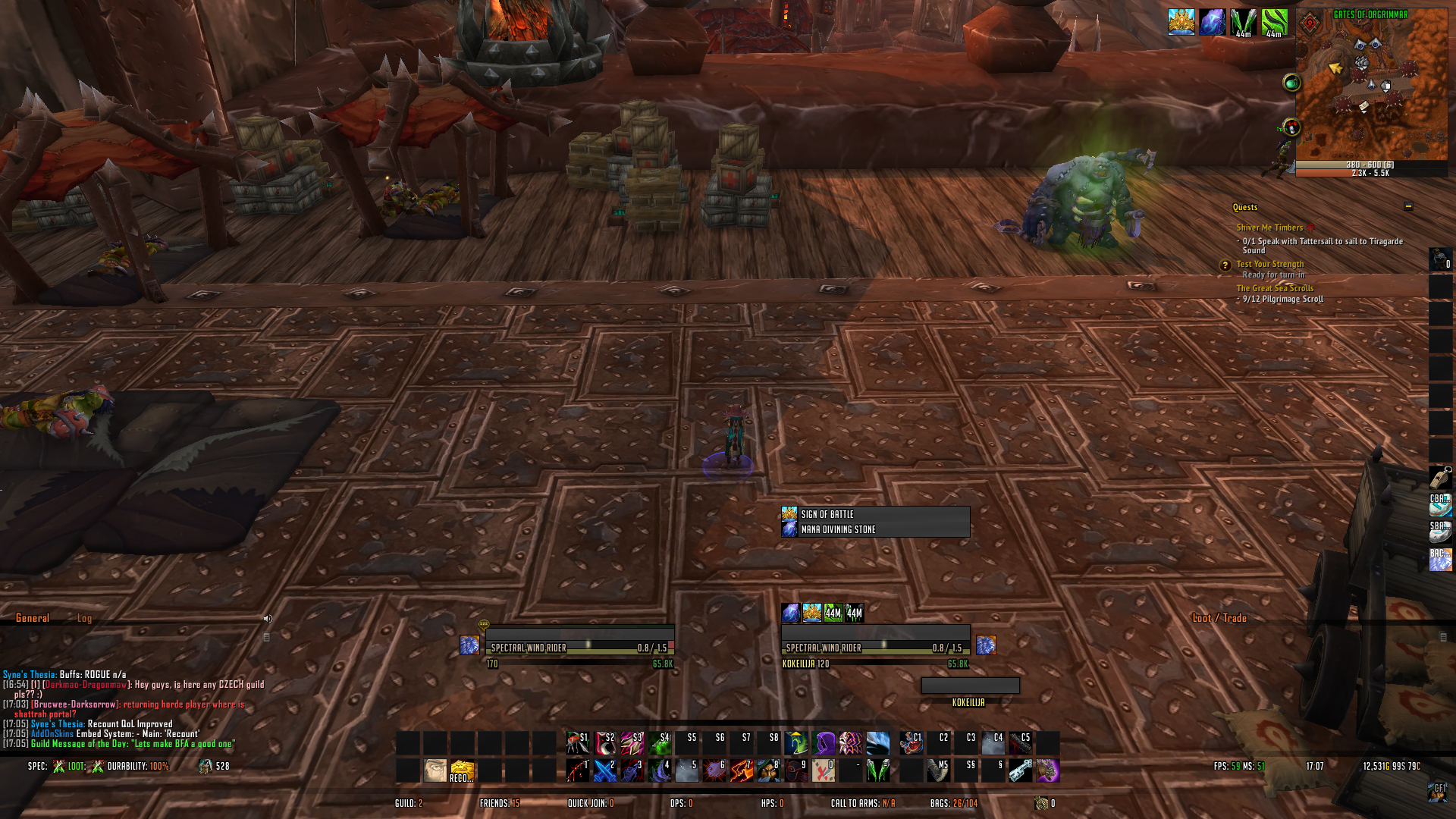 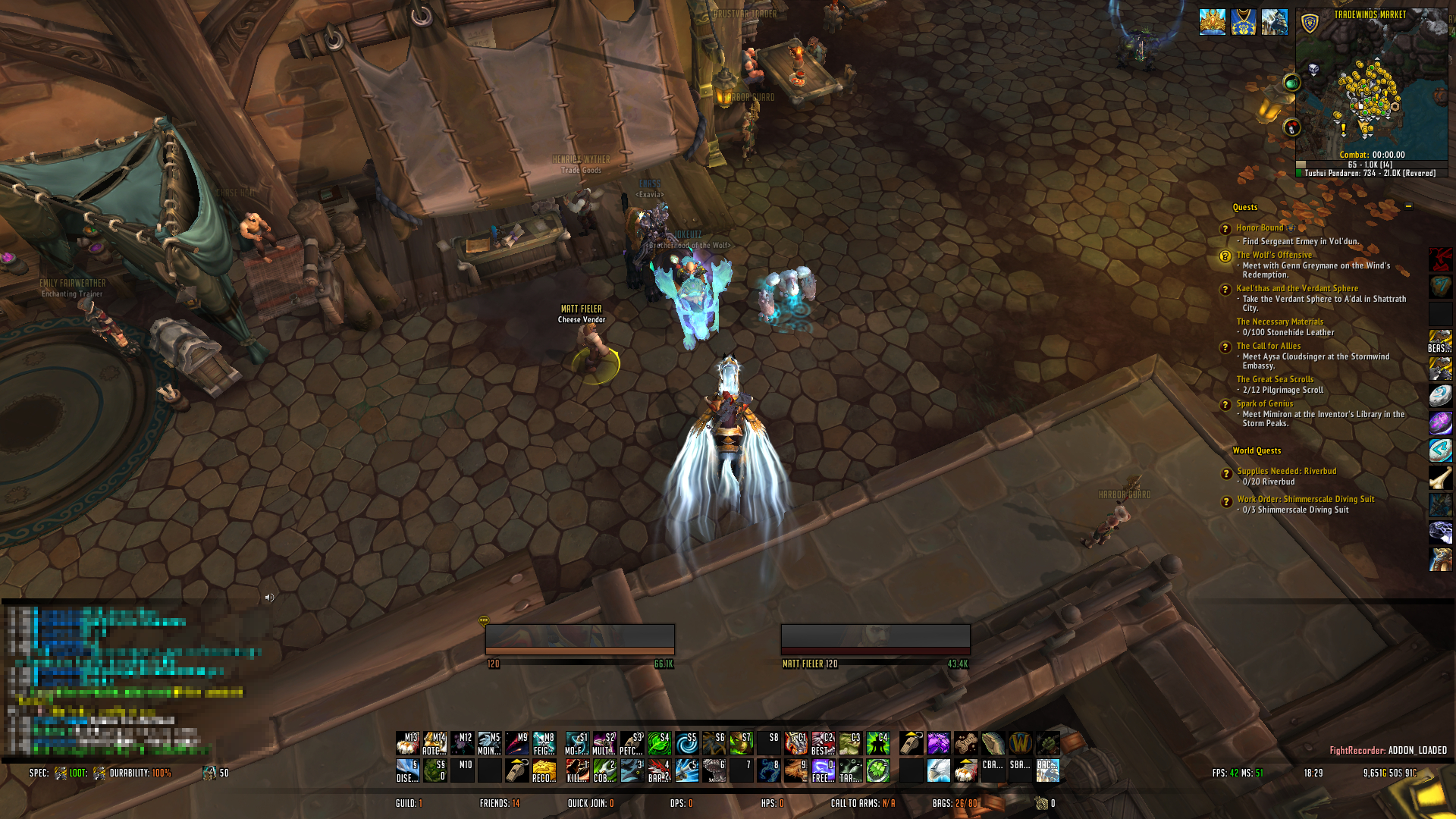 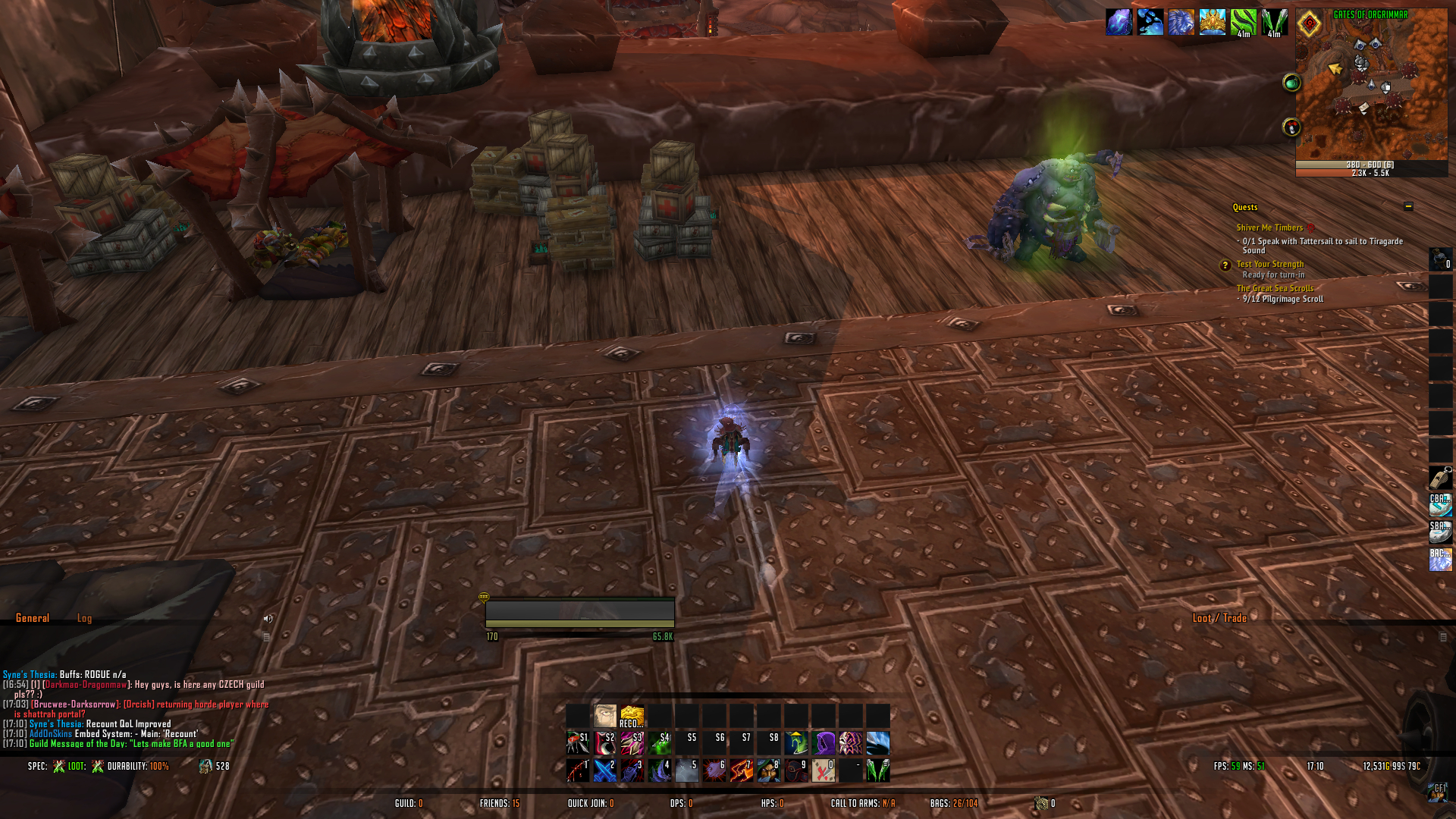 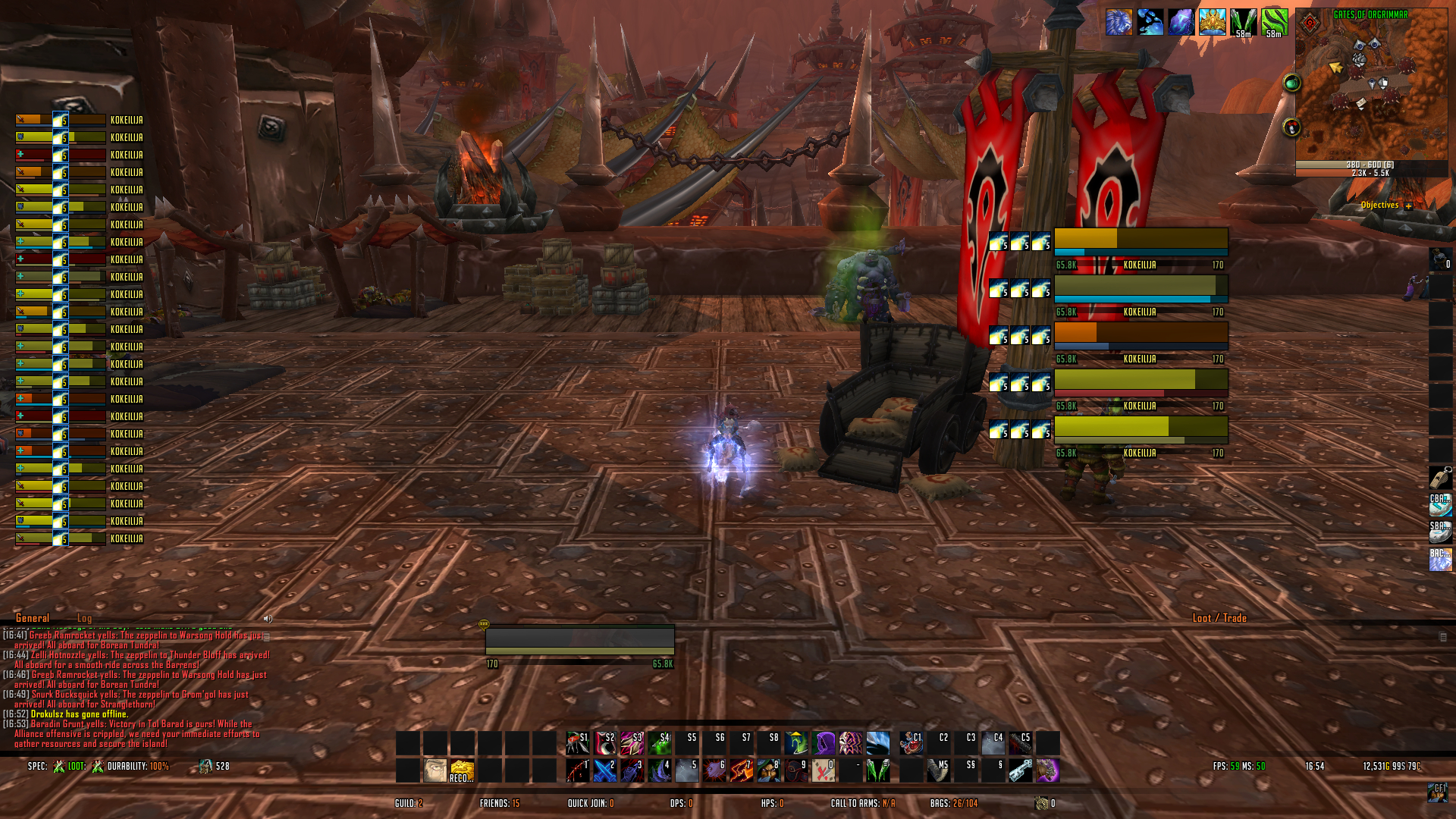 1.6 - Fix colors getting overwritten during the layout selection and fix the "Loot" -chatframe (installation step for this has been broken probably since 9.0)
1.5 - Fix the DT bar related errors during installation
1.4 - Fix the error on the "LOW MANA" -text on player frame.

@Rinkashirukito You were correct, I lazily just overwrote the colors during the layout selection, but the color selection should persist now. Also thanks for pointing out the chatframe issue with the "Loot / Trade" -chatframe, this had been probably broken for new installations since 9.0, but has gone totally unnoticed by me and should be now fixed. This TTS-thing also explains why I have been having issues with other addons I have been working on.

Yeah Installer works now, but for example the chat setup is all weird where it creates 2 loot channels (left chat panel just says loot, right panel says loot/trade) but none of the 2 are actual loot channels, the left one is basically a chat window with all channels unchecked and the right one is actually a text2speech one i cant remove :/ The layout part also overwrites the previous colour scheme selection, if i choose dark, then click on a layout it gets reset to a weird mix between classic and dark

@Rinkashirukito I think I managed to fix the error, let me know if you find any other errors.

thats with the latest version

Either the error was related to the bug that was fixed in version 1.4 or I need more information since I can't get any errors during installer in version 1.4. If the error still persists, let me know (with the error message if possible)!

Sorry, didn't notice your comment until now, I'll look into this asap!

Just wanted to let you know that the installer is currently throwing LUA errors during the layout step of the setup.
You must be logged in to comment. Please login.