world of warcraft
Categories > Combat > Cecile_MeterOverlay
made by CecileValdelius
Download Now
This Add-on it's designed to display any damage meter as overlay in a configurable data text. The overall idea is you don't need to have your damager meter window open on your screen.


The damage meters currently support are Recount, Details!, Skada, TinyDPS & Numeration, you need at least one of those running.

example on the screen


The datatext could be customize via a tag system to display several values, from your DPS or % of your raid damage to the raid overall healing, the configuration menu provide options to change this or even choose one of the dozen of pre-configured formats. 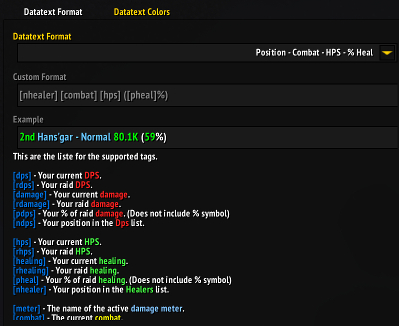 
When you mouse over the datatext an overlay will show with the detail information from you raid/group. You could choose different information for this overlay in the configuration menu. 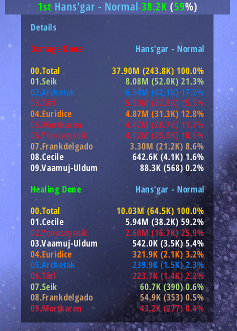 
The datatext could be used in Tukui, Elvui or your favourite LDB broker as Chocolate Bar, but you don't need any of those Add-On to use Cecile_MeterOverlay. 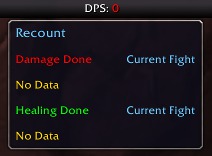 
This Add-On includes a built-in floating datatext that your could place anywhere in the screen, this could be personalize in several ways using the configuration menu. 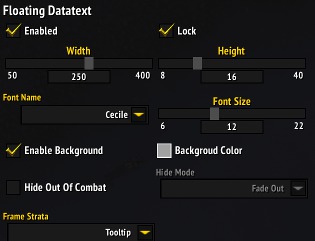 
Includes a module that will save encounter records, but only if you have DBM or BigWigs. You could configure it to auto announce the new records into the game chat. 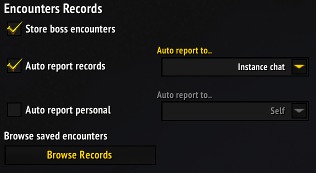 
You could browse your stored records with a custom window that will allow yo to report them any time. 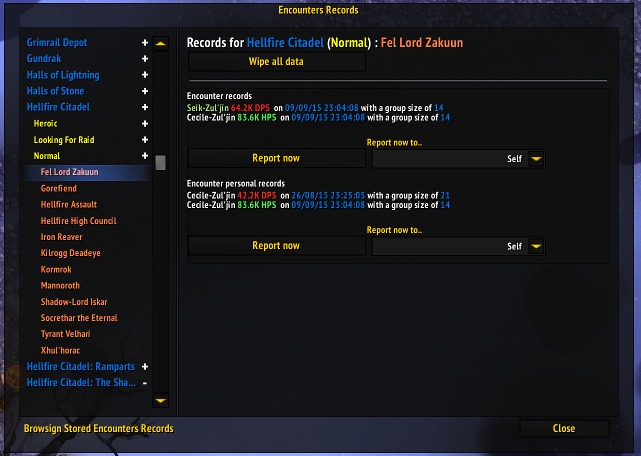 
You could right click on the datatext to pop up the configuration tool, alternatively you could use the slash commands: /cmo or /cecile_mo. Configuration is saved using the profile system and can change per spec switch


**NOTE:**
This Add-On is not for displaying the damage meter in the right chat of Elvui or Tukui, this is done via
AddOnSkin by Azilroka.