Souschef's UI is a custom interface based on ElvUI. Besides having an ElvUI layout for both Healer and DPS roles it also includes settings for other addons like Details!, BigWigs and Parrot. In order to have your UI look exactly as advertised please be sure to use: Although not necessary, Details BigWigs and Parrot will definitely make the UI come together a lot nicer.

If there's anything wrong with the addon, if you have a feature to request, or if you'd like to get regular updates on the addon's development, please head to either the Discord Server or GitLab page and leave a message, and I'll be delighted to try and help.

The UI was designed by Except and kindly put together by r1pt1de. If you want show some appreciation or support drop by the Twitch Channel sometime and say hi, I'm always happy to chat.
Layouts 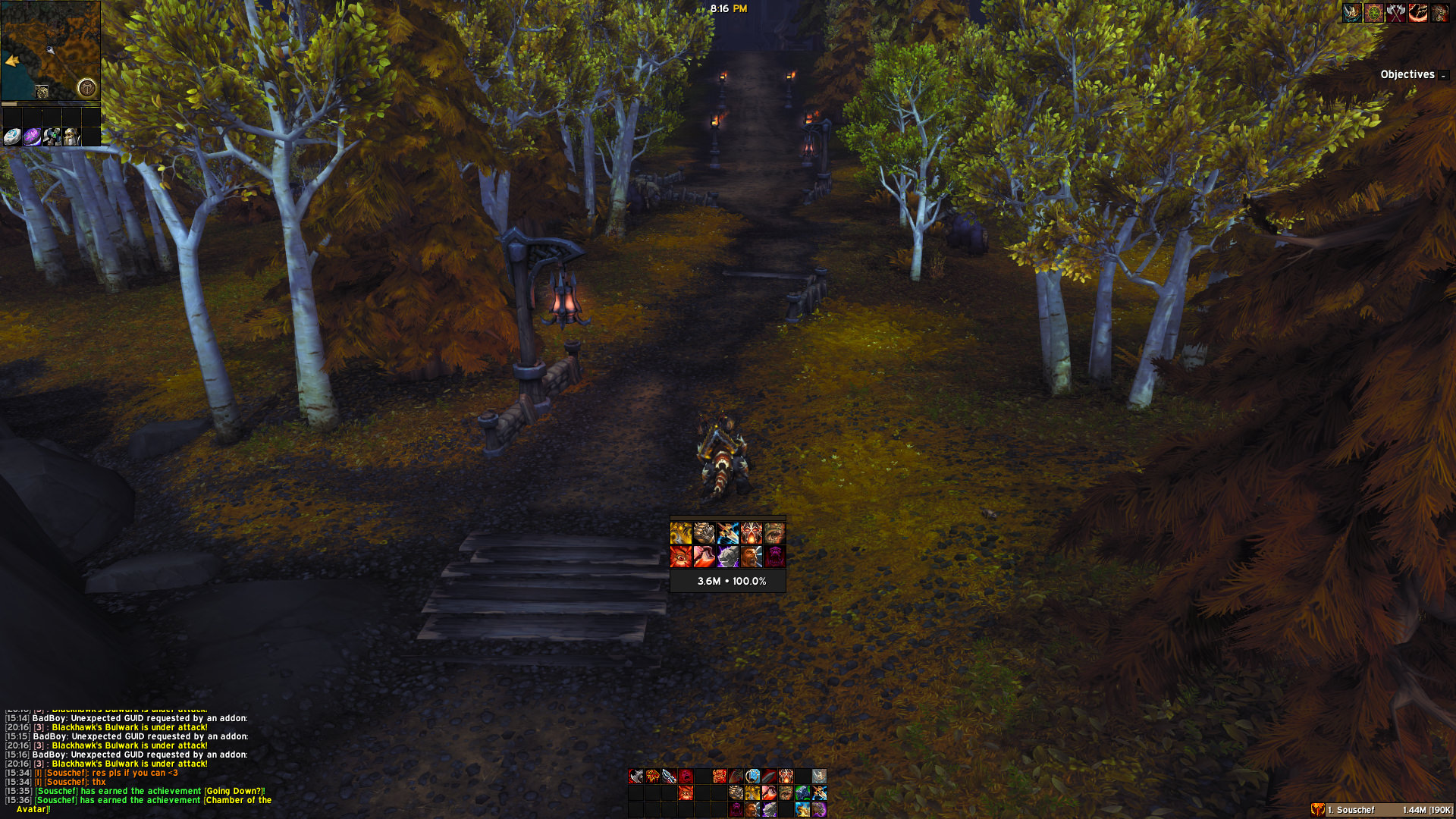 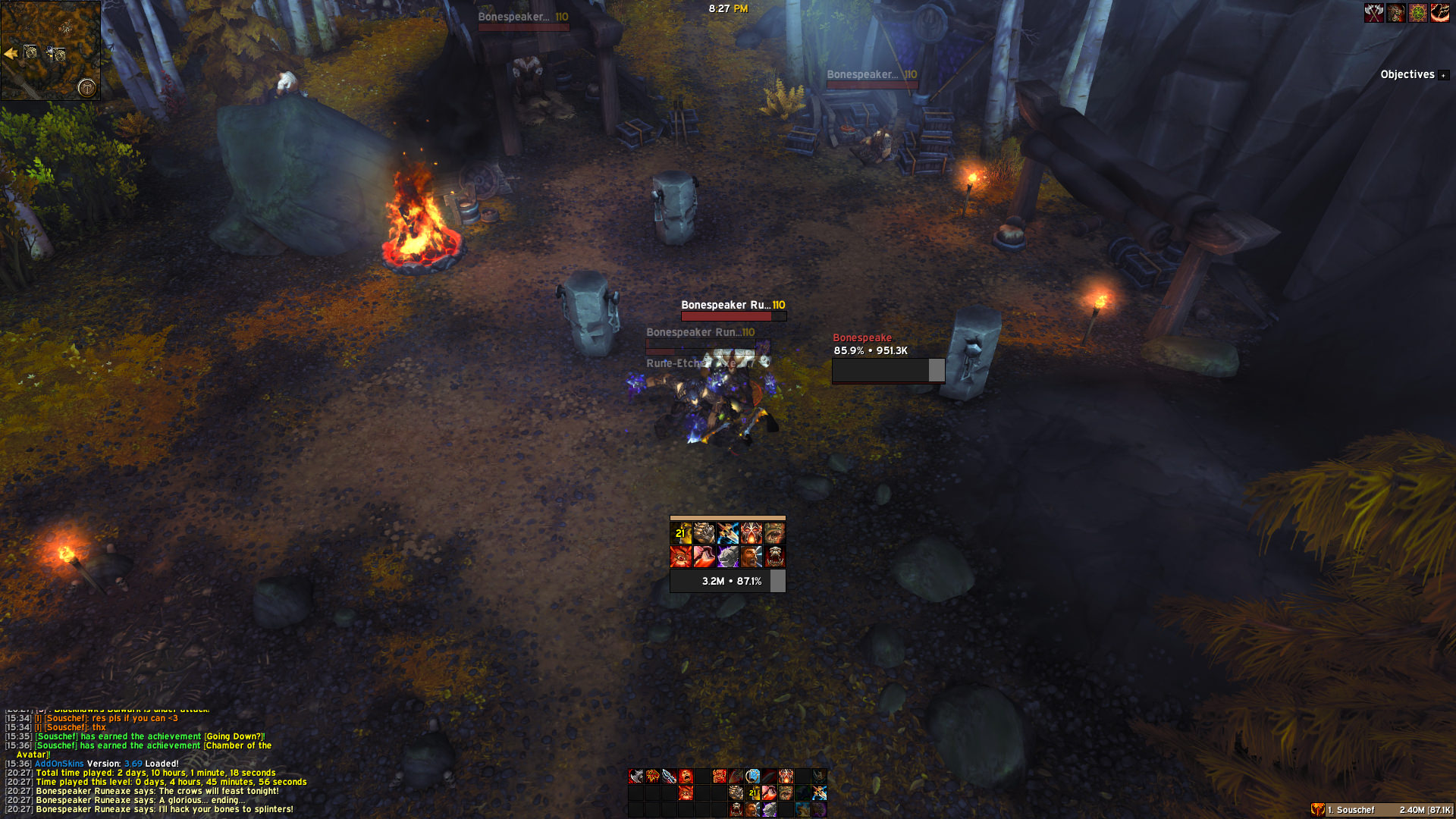 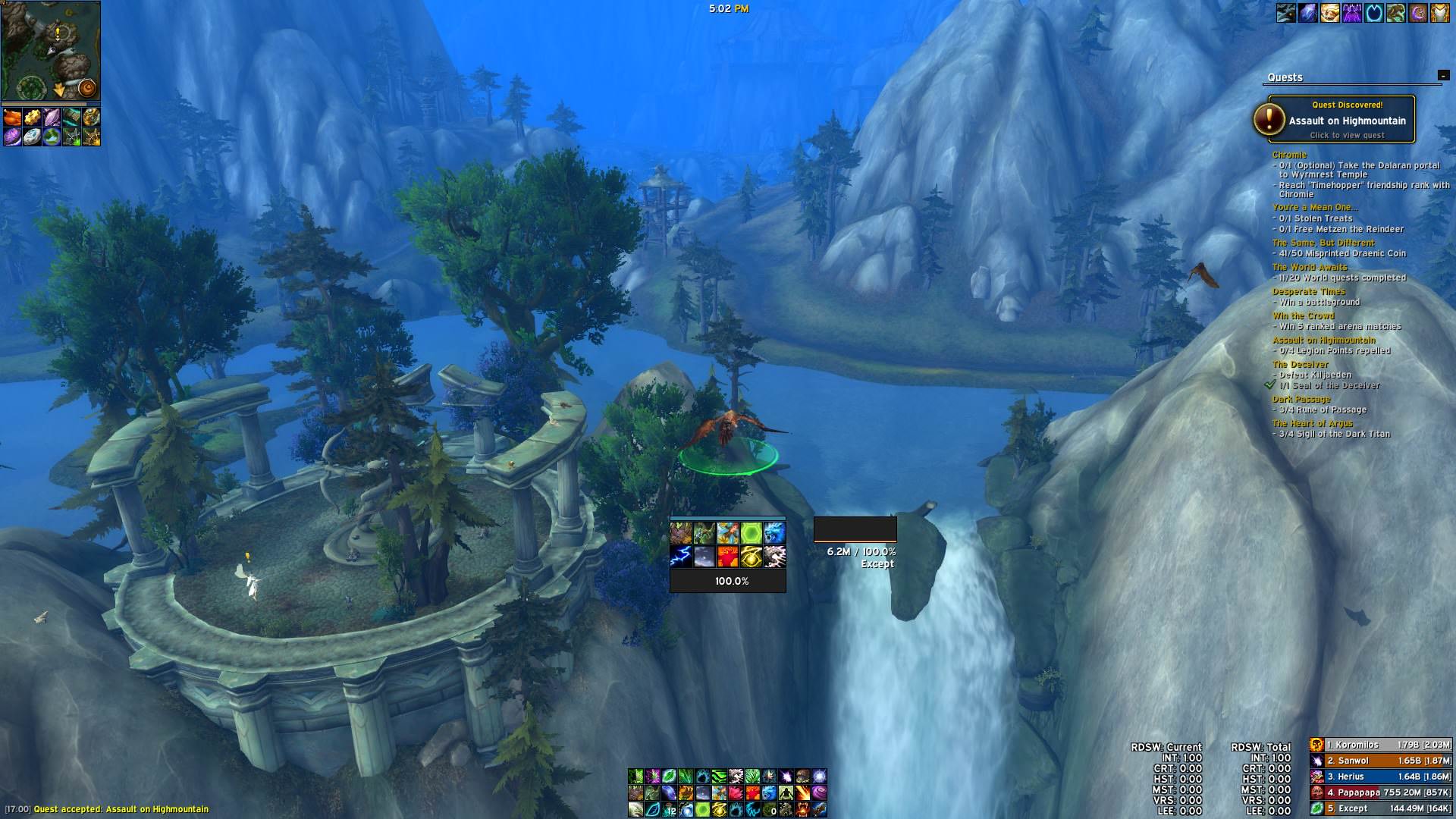 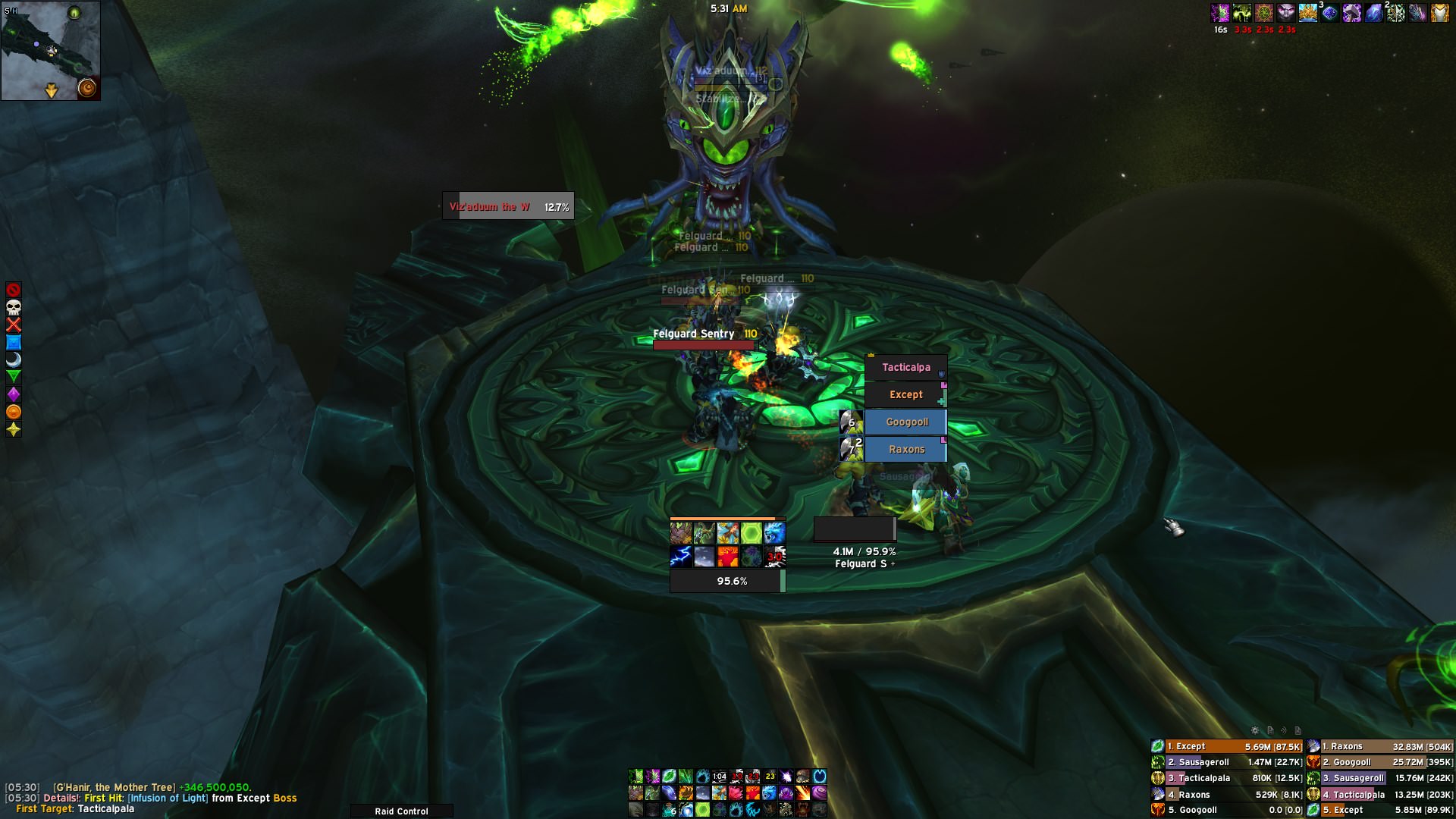 (26/07/2020) 1.06 Please Give Me Beta Update
Elv makes changes and so we have to make changes in return, nothing major though. The cycle of life can be cruel.

Took some time to address the issues that cropped up with the UI over the past few months. Should be all clean and bug-free now. Thanks for your patience.


The addon was working fine for the most part and I wasn't making any huge updates to it, so apologies that it took me almost a year to push out an update. As always, any issues please pop by the discord server and let me know.


The addon broke down in oddly specific cases where people were trying to run the intallation while having CustomTweaks enabled because of some old code. Got rid of it. Also updated the ToC.


So for some reason Elv decided to change the way it named a bunch of frames' values causing the addon to fail to install the UI. All fixed now, thanks for all the feedback. Ah, also a ToC update.


Apologies that I'm not updating as often since I'm playing less WoW at the moment (as we all are I'd imagine), but the addon seems to be fully functional and doesn't really need fixing which is part of the reason for infrequent patches. Let me know if anything's broken in comments or on Discord and I'll get on it right away.


A general ToC update to get the addon in a working state for 8.0.1. The actual BfA update is coming closer to the expansion release.

@Vanne: Currently have no plans to adapt this for classic. However, you can try to manually install it into the classic folder and install. My understanding is it should still work, but if you need any help please pop by my Discord server and I'll be happy help! https://discord.gg/011CGgxFqikk9Ih5K
Glad you like the UI!

@invalidname: It's no longer necessary, I'll try to update to reflect. I'm aware of the filters issue, it shouldn't affect anything, and the UI should still install, will be fixed in the next update.

Hey, are u planning make a classic version?

You ask for us to install the following add-on

But I cannot find it either on curse or on this site. Is it a dead add-on? Is it no longer necessary?

@Alm1ghtyPeanut yup. Got a few complaints already. Elv decided to switch up the naming of a bunch of frames for no reason. Upload a patch very soon.

Looks like the layout for unit frames function of the install is no longer working with the latest venison of ElvUI.

So this sounds like some kind of cache WTF folder problem. I'm not sure if this will help but here's what you could do. Backup both your Interface and WTF folders just in case shit goes south, then delete the WTF folder completely, this should reset all your addon settings and such on all your characters. Once you have a clean slate try installing the UI again and seeing what happens.

Hope this helps, if you have more questions feel free to jump on my DIscord server. I'm on most of the time and it's a tad more convenient to talk there!

Been using this set up, I really love it! Thank you!

Problem I've come across now, I've installed big wigs, I create new profiles, copy them from souschef's ui profile, setting are okay, I relog and they are okay. next day I come back, turn on game and everything is gone, nothing gets saved. Profile names stay, but not the setting in them. What I do, I get big wigs enabled, then create new profile for that char, copy settings from souschef's and then relog to save it. Other way I tried too is by going into elv ui and running souschef's ui installation, skipping all till i get to big wigs, click on that, then finished and it gets reloaded. Either way its fine for that time, even after relog, but I come back next day and everything is reset. Any idea why?

@dagan it's the visibility field in ElvUI > Action Bars > Action Bar 1. Jump on the Discord if you need help with that so we don't talk over the comment section :^)

I was on a feral druid, I noticed the actionbar didnt change when I went into stealth. so I added the lines out of the bar 1 so it would swap. maybe I need to change something in that macro to get it too show

hey @dagan thanks for letting me know. That is something that was happening for people before and I fixed it last patch, weird to see it come back I'll definitely take a look thanks!

Hey,
great UI. though tonight I noticed when doing the pods for council in antorus. the action bar wasnt showing up at all

quick update; have tried with "Multiple monitor support" both enabled and disabled without results. Also the only way to fix is to totally wipe interface and WTF files. Hopefully that helps sort it out.
You must be logged in to comment. Please login.